The Foreign Investment Law – What Does it Mean for WFOEs?

China’s new Foreign Investment Law has changed the business landscape for WFOEs. PTL Group specializes in company registration in China. We make sure that China company registration is done right, and is supported by extensive operational support for registered entities. This is where our knowledge and expertise really make a difference.

The Foreign Investment Law – What Does it Mean for WFOEs?

International companies contemplating a company registration in China should be aware of the Foreign Investment Law (FIL), which officially came into force in January 2020. The FIL’s enactment was considered big news for foreign companies doing business in China, as it pays particular attention to the promotion and protection of foreign investments. Keep reading to learn how.

FIL in a nutshell

The FIL is, in fact, a merge between 3 previous foreign investment regulating laws that by now have become abolished. That is to say, the corporate form is no longer determined by the identity of the investor. Instead, under the new system, there are only limited liability companies. Practically speaking, foreign brands who engage in a WFOE registration in China are no longer subject to the “Law of the People’s Republic of China on Foreign-funded Enterprises,” but rather to the Chinese Company Law.

The law stipulates that companies cannot be discriminated against just because they are foreign-invested. Foreign-invested enterprises should get the same treatment from the government, which is at least as good as any other company that is completely domestic. In other words, China will treat foreign investments no less favorably than domestic investments, for all that it implies (government vendors, equity purchase, exit mechanisms, implementation of policies, etc.). In that sense, FIL expands the activities foreign-invested companies can engage with.

Take into consideration the amount of registered capital needed for a WFOE setup in China.

This is an exception to the National Treatment principle. The negative list leaves a certain level of discrimination against foreigners. The list includes industries in which foreign investments are restricted, or prohibited. It keeps updating and different industries are constantly being removed from the list.

“The list of encouraged industries” gives foreign companies certain advantages, benefits and incentives that domestically owned enterprises do not receive. 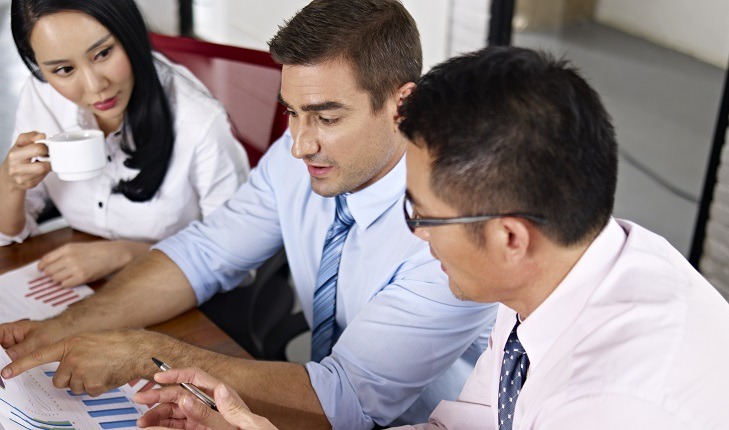 WFOEs in China are given a 5-year adjustment period to establish their re-structuring. If they are unable to complete the transition by 2025, they will be granted another 6-month “grace period”.

Companies that will undergo a China company registration within this 5-year timeframe will be registered as Chinese liability companies. They are still wholly foreign owned, but are subject to the Chinese Company Law.

The new law also prohibits direct or disguised forced technology transfer by government officials, and establishes a punitive system for IP violations. In practice, it is not yet clear if and how these intentions will be actually enforced.

WFOEs have a voice

When drafting new rules and regulations related to foreign investments, governments and legislators are asked to hold meetings with WFOEs and foreign investors, in order to allow them to voice their opinions. Another expression of the law is in the establishment of a new Complaints Handling Mechanism, which aims to resolve complaints raised by WFOEs.

If you are considering company registration in China, you should be excited about the law. It signals the Chinese government’s intent to level the playing field for foreign investment in the country, and therefore fills WFOEs and foreign investors with hope. However, it is worth noting that the law also has a lot of gaps and raises numerous questions. One such issue that some clients have brought to our table is how foreign-invested companies, who are still retaining their old corporate form during the 5-year transition period, should be treated – according to the abolished former investments law, or the FIL?

Another matter worth noting is the law’s impact on joint ventures, which is expected to be much greater than ever before. The main reason is that the company’s organizational form and corporate structure stipulated in the two joint venture laws are fundamentally different from those in FIL. Only time will tell how these open questions will be answered, but in the meantime, you’re invited to reach out for any inquiry.

At PTL Group, we specialize in registering and managing foreign-owned entities in China. Get in touch today and let us support your China operations.

The Right Time to Set Up a WFOE

You do not need a WFOE to: Employ local employees Employ foreigners and obtain visas and...

The Chinese government requires every company planning to close down, both foreign-owned and domestic, to go...

Returns and Deadlines for WFOE

WFOEs in China are required to file returns and send numerous documents to the authorities on...